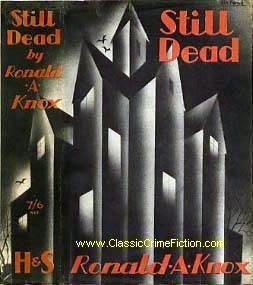 Bip Pares – it’s a name that comes up every year at the London Rare Books School as we trace the evolution and bibliographical importance of the dust-jacket – a name seen so often on some of the most eye-catching designs of the nineteen-thirties and forties.  But no-one seems to know very much about who this artist and illustrator actually was.  A scattered handful of biographical snatches has appeared on the internet in recent years – some contradictory and others slightly inaccurate.  Let’s try to set at least part of the record straight. 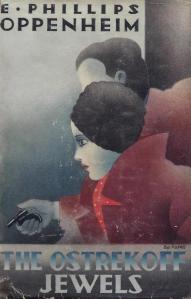 Ethel “Bip” Pares was born on 27th February 1904 in the Thames-side village of Clewer, just beyond Windsor.  She was the second child of the marriage of Basil Pares (1869-1943) and his wife Caroline Evelyn Whistler (1874-1959), who had married in Norfolk in 1902. Her father was a younger son of the well-to-do family of John and Katharine Pares.  A Lancing and Cambridge (Emmanuel) man, Basil Pares became a surgeon, served as a civilian in the South African wars of 1899-1901, and then transferred to the army, becoming Surgeon-Major of the Royal Horse Guards in 1906. He served in the Great War, picking up a DSO in 1915 and a CMG in 1916, and was mentioned twice in despatches.

We first catch glimpse of the young Ethel Pares on the 1911 Census, living at evidently spacious Elgin Lodge in Windsor.  Her father was away visiting his widowed father on Census Night, but at home at Elgin Lodge were her mother and her three siblings – elder brother George Martin Pares (later to marry an admiral’s daughter and become a Commander in the Royal Navy), younger sister Evelyn, and baby Stephen – together with a nurse, a cook, a housemaid and a parlourmaid.  Her mother, generally known by her second name as Eve or Evelyn, was the daughter of George Lambert  Whistler, a tea-broker, and his wife Emma St. Aubyn Gregory.  There were later to be two further children, Basil and Constance Pares, both of whom died in 1939-1940 – Basil killed at sea. [*Correction – the Constance Pares who died in 1939 was an aunt, not a sister:  I am very grateful to Hugh Lewis for pointing out the sister Constance (always called Kon and an excellent landscape painter and portraitist) lived until 1996].

Ethel Pares had been named after an aunt, but her pet family name of Bip (apparently deriving from her infant attempts at pronouncing the name of a family horse) became the one which she used professionally and even quite frequently on official records and documents.  She studied at the Slade in the early twenties and took to a career as a commercial artist, producing illustrations and posters (including some fine examples for London Transport) as well as dust-jackets.

In 1932 she was living with flatmates at 9a Hampstead High Street, next door to the old King of Bohemia public house.  On 30th September 1933, at the age of twenty-nine, she married Alfred Trevor Gwyn Thomas, a medical man like her father, then attached to St. Mary Abbot’s Hospital in   Kensington.  A few months her junior, he was the Newcastle-born son of a Welsh clergyman.  The marriage took place at Horsell, near Woking, in Surrey – the service conducted by her uncle, Norman Pares, who was the vicar.

The marriage did not last long.  Her husband appeared just once on the electoral register at 9a Hampstead High Street – in 1934.  In 1936 she petitioned for divorce.  Her husband is last heard of sailing for Mombasa in 1946.  New flatmates at this time included Eric Vernon Francis, writer on politics and economics, and Frederick Elwyn Jones, later Baron Elwyn-Jones, the Welsh barrister and Labour politician.

Bip Pares’ second marriage took place at Hampstead in 1938.  Her new husband was Robert Christopher Bradby (1905-1982), son of Henry Christopher Bradby (1868-1947), master at Rugby School and a minor poet.  The honeymoon was spent exotically in the Himalayas, taking advantage of the opportunity afforded to travel with the British Everest Expedition which set out that year under Bill Tilman.  Her own account of the journey was published by Hodder & Stoughton in 1940 as “Himalayan Honeymoon”, complete – of course – with her own illustrations.

On their return, the couple settled at 20 Frognal Lane, Hampstead.  Her husband served in the war, gazetted second-lieutenant in 1940.  By 1948 this marriage too had broken down and they were living apart.  Bip Pares moved to 18 Hollycroft Avenue, Hampstead, where she remained until at least 1965, and probably for the rest of her life.  Her death aged seventy-three was registered in Hampstead in 1977. Her final years are said to have been plagued by ill-health.

Her best and most striking work was done in a highly commercial British art-deco style.  Her more naturalistic designs, although pleasing, are (to my eye at least) a little less successful in comparison. She seems almost to have relished the challenge of working in a cost-controlled exercise limited to two or three colours.  Her designs are bold.  Her use of colour confident and assertive.  Her handling of lettering purposeful and assured.  There is a distinctive vitality which stands comparison with the very best of twentieth-century design.   One measure of her success and broad appeal is that her designs were very often retained for the American editions of the books she had worked on – something very rarely the case at this period. She has long been admired and collected – but as she is said to have designed some 600 dust-jackets in all, there are plenty of examples still out there waiting to be found. You may well find some at this week’s York National Bookfair – I’ll be there looking as well.

Laurence Worms has owned and run Ash Rare Books since 1971. He represented the antiquarian book trade on the (British) National Book Committee from 1993 to 2002 and has been six times an elected member of the Council of the Antiquarian Booksellers’ Association. He was largely responsible for drafting the Association’s Code of Good Practice first introduced in 1997 (and its recent update), served as Honorary Secretary of the Association from 1998 to 2001 and as President from 2011 to 2013. He is a former member of the Council of the Bibliographical Society and continues to serve on the Council of the London Topographical Society. He writes and lectures on various aspects of the history of the book and map trades, and has lectured at the universities of Cambridge, London, Reading and Sheffield, as well as at the Bibliographical Society, the Royal Geographical Society, the Warburg Institute, the National Library of Scotland and at Gresham College and Stationers' Hall. Published work includes the compilation of fourteen ‘lives’ for the “Oxford Dictionary of National Biography”, a number of articles for “The Oxford Companion to the Book” and the chapter on early English maps and atlases for the fourth volume of “The Cambridge History of the Book in Britain”. Essays on the British map trade are also appearing in “The History of Cartography” published by the University of Chicago Press. His long-awaited “British Map Engravers”, co-written with Ashley Baynton-Williams, was published to critical acclaim in 2011. He also contributed the numerous biographical notes to Peter Barber’s hugely successful “London : A History in Maps”, co-published by the British Library and the London Topographical Society in 2012.
View all posts by Laurence Worms - Ash Rare Books →
This entry was posted in Book Collecting, Dust-Jackets and tagged Ash Rare Books, Bip Pares, Dust Jacket Design. Bookmark the permalink.