The Coronation of the Onion Queen

Quite how the farewell dinner of the presidents of the International League (see below) morphed into the annual election and coronation of the Onion Queen – or the Weimarer Zwiebelmarkt-Königin to give the young lady her full title – is a little uncertain. I suppose the warning signs were there earlier in the evening. The presidents were dining on their usual plain and simple fare – truffles, quail, venison – that sort of thing, with perhaps a modest suggestion of parmesan ice-cream loitering in the undergrowth of one course.

And then the rather startling cabaret returned – and this time they wanted us to sing.

Plainly some of the presidents and their spouses and partners would require additional fortification to sing in German – especially as we were to sing about wine, women and song (not necessarily in that order – and not necessarily in a precise translation). We seemed somehow to survive that, dignity more or less intact. We survived the speeches.

We survived the chef being hauled from the kitchen to take a bow. We survived the magnificent dessert. But it was becoming a long evening – and the temptation to join in the local festivities going on elsewhere in the hotel grew apace. It probably seemed like a very good idea at the time. You know how it goes. It was a you-had-to-be-there thing.

The Onion Queen was duly chosen and crowned – petite and flaxen-haired – small but perfectly formed (she had already struck more than one of the presidents as a likely winner). Although had we had a vote our own Russian observer, Alena Lavrenova,

spotted at about this juncture somewhat wistfully holding an onion, may well have been in with a shout. Wine, women and song – we’d well and truly got the message.

A final drink (or so) and time for bed. Up at dawn to catch the train to Frankfurt – a few hours there and then home. Let’s not pretend that I didn’t enjoy myself. 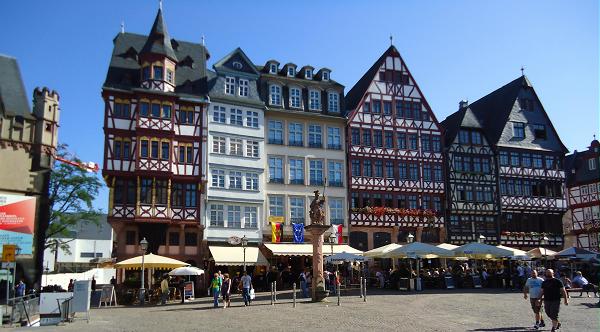 Laurence Worms has owned and run Ash Rare Books since 1971. He represented the antiquarian book trade on the (British) National Book Committee from 1993 to 2002 and has been six times an elected member of the Council of the Antiquarian Booksellers’ Association. He was largely responsible for drafting the Association’s Code of Good Practice first introduced in 1997 (and its recent update), served as Honorary Secretary of the Association from 1998 to 2001 and as President from 2011 to 2013. He is a former member of the Council of the Bibliographical Society and continues to serve on the Council of the London Topographical Society. He writes and lectures on various aspects of the history of the book and map trades, and has lectured at the universities of Cambridge, London, Reading and Sheffield, as well as at the Bibliographical Society, the Royal Geographical Society, the Warburg Institute, the National Library of Scotland and at Gresham College and Stationers' Hall. Published work includes the compilation of fourteen ‘lives’ for the “Oxford Dictionary of National Biography”, a number of articles for “The Oxford Companion to the Book” and the chapter on early English maps and atlases for the fourth volume of “The Cambridge History of the Book in Britain”. Essays on the British map trade are also appearing in “The History of Cartography” published by the University of Chicago Press. His long-awaited “British Map Engravers”, co-written with Ashley Baynton-Williams, was published to critical acclaim in 2011. He also contributed the numerous biographical notes to Peter Barber’s hugely successful “London : A History in Maps”, co-published by the British Library and the London Topographical Society in 2012.
View all posts by Laurence Worms - Ash Rare Books →
This entry was posted in Booksellers and tagged ILAB, Weimar. Bookmark the permalink.

2 Responses to The Onion Queen