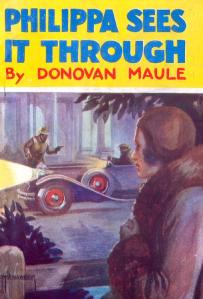 I suppose it could have been sparked by a chance remark on my last post – an expression of admiration for the neatness and tidiness of Peter Allen’s book-room. It is only in retrospect that it now seems a hostage to fortune.

The first sign was my dear and long-suffering wife mildly and solicitously asking if she could give me a hand tidying-up my own book-room.  What?  What?  This was an unwonted and wholly unparalleled offer – never before has such a thing been mooted.  It took a minute or two for me to decode what she meant.  It was of course gentle and nuanced marital-speak for, “This room is a complete and utter tip.  It looks as if we have been both bombed and burgled.  Will you please tidy it up before our guests from France come to stay next week”?

It’s all very well citing the latest thinking on these matters.  Here’s the sort of combative article I like to read: “An anti-anticlutter movement is afoot, one that says yes to mess and urges you to embrace your disorder.  Studies are piling up that show that messy desks are the vivid signatures of people with creative, limber minds (who reap higher salaries than those with neat “office landscapes”) and that messy closet owners are probably better parents and nicer and cooler than their tidier counterparts.  It’s a movement that confirms what you have known, deep down, all along: really neat people are not avatars of the good life; they are humorless and inflexible prigs, and have way too much time on their hands”.  Penelope Green, Saying Yes to Mess, New York Times.

Cuts no ice with the rest of the family, obviously.  Even if it were remotely true, my earnings would be stratospheric, which patently they aren’t.  I don’t know whether Albert Einstein really said, “If a cluttered desk is a sign of a cluttered mind, then what are we to think of an empty desk?” – it says he did all over the internet, so probably not.  (Those creative types with limber minds will tell you anything).  I hope he did, but there must be limits.   A “cluttered desk” hardly covers the 500-foot- square circle of devastation surrounding it (if you can square a circle in quite that way).

This was and is just procrastination. A start on the great tidy-up had to be made.  Two days on and it looked no better.  Time to trot out the can’t make an omelette and has to get worse before it gets better mantras – as if they were going to fool anyone.

The thing is, to my mind (cluttered or uncluttered – you can keep your thoughts to yourselves), there is no point in tidying something (book, map, print, catalogue, bill, letter) away unless it has been dealt with.  To do that is simply to lose things and probably ensure they will never be dealt with.  And once something has been dealt with, then with a stock of some 10,000 items, it has to be shelved or filed with absolute precision – otherwise in the remote contingency that someone wants eventually to buy it,  it will be wholly unfindable.

Here’s a book that needs to go for rebinding.  Easy enough – put it on the shelf of books awaiting rebinding.  Except that that particular set of shelves was dismantled to make more room on the occasion of the last great tidy-up.  Create a new shelf? Well, you know how many books you have to move to make that possible.  Probably quicker to take it to the bookbinder.  Another morning gone – although a pleasant debate on the underground with a charming random stranger about whether to reback it or try to preserve the vestiges of the eighteenth-century spine. 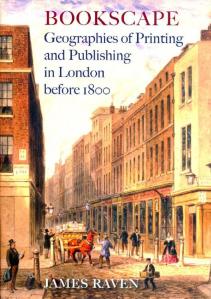 You get the picture.  And then there are the distractions. Another morning disappears in hunting down a book for a customer.  Then there is that book-review to finish off (James Raven’s Bookscape – excellent, although rather a shame that the pretty watercolour of Paternoster Row  by Thomas Hosmer Shepherd on the dust-jacket is misattributed to Thomas Colman Dibdin). And then of course finishing the review creates the problem of yet another book to shelve. That’s now on another pile.

Another afternoon goes in doing a bit of judging for the annual Designer Bookbinders’ Bookbinding Competition.  The Ash Rare Books Lettering Prize to bestow.  And (by default as the other bookseller judge couldn’t make it) four ABA Highly Commendeds to decide.  Excellent standard of entry this year – do get along to see the show at St. Bride’s when it comes on later in the year.

But the biggest distraction is of course the books.  Here’s one that has clearly been puzzling me for a very long time. The left-hand computer tells me that I bought it from George Locke (Ferret Fantasy) on 16th August 2006 (see – not that disorganised). The sort of book I really  like, because it doesn’t “look up” anywhere.  Philippa Sees it Through by Donovan Maule – undated, but published by the Modern Publishing Company.  Sounds like a girls’ school story – but it’s not.  George’s pencilled note describes it as a detective thriller unknown even to the indefatigable Allen Hubin.  And so it is.  Unknown also to the internet and to the world’s library catalogues. 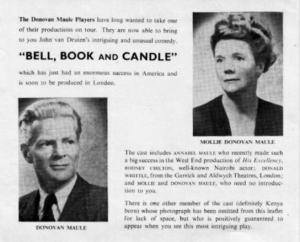 Slowly the catalogue description came together.  Donovan Maule turned out to be half a pseudonym, covering the thespian couple Gerald (Donovan) Herbert Maule (1899-1982) and his wife Mary (Mollie) Florence Margaret Shiells (1898-1984), who had married in 1920. They are known for half a dozen or so similar titles, probably all published before they emigrated to Mombasa and then built a repertory theatre in Kenya. Their daughter, the actress Annabel Maule, published a memoir, Theatre near the Equator : The Donovan Maule Story, in 2004.

The lively cover design can be attributed to George Peace Micklewright (1893-1951).  A date of about 1933 can be inferred from the advertisements of other titles in the series – and the story was serialised (somewhat obscurely) in the Dundee Evening Telegraph in the autumn of that year.  And it’s a cracking tale.  Her secret service fiancé  has disappeared off the face of the earth and her typing bureau on St. Martin’s Lane is struggling, but “There is no doubt about it, Philippa Dare certainly had pluck.  Many a girl would have caved in long ago, and developed into a weepy-waily sort of female who went about with a mournful expression and a mouth that drooped at the corners – a nuisance to herself and all her friends …”.  All this and we are barely off the first page. Wonderful.  Back in a world of pluck, gallantry, and no doubt when he shows up Charlie will have the most resolute of stiff upper lips – no time for weepy-wailies. And as rare a book as you will see this week – no other known copies as far as I can make out.  The British Library shall of course have first refusal – always a pleasure to fill a gap (however minor) in our national collection (I may of course have to read it first).  But yet another morning gone in cataloguing a book which in all conscience I can’t ask a great deal for.

So, the week in sum.  A bunch of books catalogued. A bunch more quoted to various institutions. Four books gone for binding. A book bought in passing. Half a dozen prints and twenty-five relatively inexpensive books sold – one to Germany (who knew that they still read George Moore in Germany?), two wafer-thin poetry pamphlets impossible to find without immaculate shelving yet found in seconds, and a number to national collections.  Dozens of prints filed.  Dozens of books shelved.  And – you know what – the book-room still looks just the same. Must try harder.

Laurence Worms has owned and run Ash Rare Books since 1971. He represented the antiquarian book trade on the (British) National Book Committee from 1993 to 2002 and has been six times an elected member of the Council of the Antiquarian Booksellers’ Association. He was largely responsible for drafting the Association’s Code of Good Practice first introduced in 1997 (and its recent update), served as Honorary Secretary of the Association from 1998 to 2001 and as President from 2011 to 2013. He is a former member of the Council of the Bibliographical Society and continues to serve on the Council of the London Topographical Society. He writes and lectures on various aspects of the history of the book and map trades, and has lectured at the universities of Cambridge, London, Reading and Sheffield, as well as at the Bibliographical Society, the Royal Geographical Society, the Warburg Institute, the National Library of Scotland and at Gresham College and Stationers' Hall. Published work includes the compilation of fourteen ‘lives’ for the “Oxford Dictionary of National Biography”, a number of articles for “The Oxford Companion to the Book” and the chapter on early English maps and atlases for the fourth volume of “The Cambridge History of the Book in Britain”. Essays on the British map trade are also appearing in “The History of Cartography” published by the University of Chicago Press. His long-awaited “British Map Engravers”, co-written with Ashley Baynton-Williams, was published to critical acclaim in 2011. He also contributed the numerous biographical notes to Peter Barber’s hugely successful “London : A History in Maps”, co-published by the British Library and the London Topographical Society in 2012.
View all posts by Laurence Worms - Ash Rare Books →
This entry was posted in Book Collecting, Forgotten Authors, Pulp Fiction and tagged Donovan Maule, Saying Yes to Mess. Bookmark the permalink.

6 Responses to A Messy Week