Looking for Books from Tulkens in Brussels 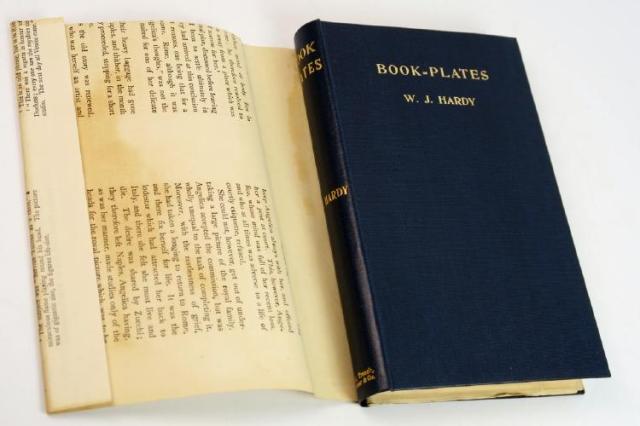 When the Tulkens bookshop in Brussels closed in 2008, there were thousands of books in storage that were a century or more old but still in new condition. Many of these books were wrapped in newsprint or other scrap paper, or jacketed in old quire sheets or publishers’ jackets.

I am looking for any books from this shop that are still in these wrappings or jackets. I would like to buy them, or at least record them for my research on early dust-jackets.

An account of the shop by the late Martin Stone is in my book “Nineteenth-Century Dust-Jackets” (Private Libraries Association & Oak Knoll Press, 2016), on p. 201, note 36. There also is a chapter devoted to Martin and the Tulkens shop in “Rare Books Uncovered” (Voyageur Press, 2015), by Rebecca Rego Barry.

Martin believed that the stored Tulkens stock had been wrapped and jacketed by the shop’s own staff during World War One when, according to an old handed-down story, they were hiding books from the occupying Germans. I believed that the jackets and wrappings were original issue, but I had seen only one Tulkens book at the time my book was published, and I could not prove it one way or the other. Now, with more examples available, it is clear that many of the scrap paper wrappings and jackets were original issue from the binderies.

I would especially like to find any of the A&C Black 20 shilling series that were said to be in quire sheet jackets. If you have any of these books – or know where any are …

Laurence Worms has owned and run Ash Rare Books since 1971. He represented the antiquarian book trade on the (British) National Book Committee from 1993 to 2002 and has been six times an elected member of the Council of the Antiquarian Booksellers’ Association. He was largely responsible for drafting the Association’s Code of Good Practice first introduced in 1997 (and its recent update), served as Honorary Secretary of the Association from 1998 to 2001 and as President from 2011 to 2013. He is a former member of the Council of the Bibliographical Society and continues to serve on the Council of the London Topographical Society. He writes and lectures on various aspects of the history of the book and map trades, and has lectured at the universities of Cambridge, London, Reading and Sheffield, as well as at the Bibliographical Society, the Royal Geographical Society, the Warburg Institute, the National Library of Scotland and at Gresham College and Stationers' Hall. He teaches annually at the London Rare Book School, University of London. Published work includes the compilation of fourteen ‘lives’ for the “Oxford Dictionary of National Biography”, a number of articles for “The Oxford Companion to the Book” and the chapter on early English maps and atlases for the fourth volume of “The Cambridge History of the Book in Britain”. Essays on the British map trade are also appearing in “The History of Cartography” published by the University of Chicago Press. His long-awaited “British Map Engravers”, co-written with Ashley Baynton-Williams, was published to critical acclaim in 2011. He also contributed the numerous biographical notes to Peter Barber’s hugely successful “London : A History in Maps”, co-published by the British Library and the London Topographical Society in 2012.
View all posts by Laurence Worms - Ash Rare Books →
This entry was posted in Book Collecting, Booksellers, Bookshops, Dust-Jackets and tagged Dust-jackets, Mark R. Godburn, Tulkens. Bookmark the permalink.